READ A BOOK BY AN RPCV

The Islamic Ceilings of the Cappella Palatina in Palermo—Other Views 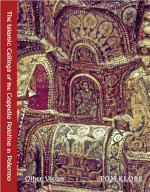 The Cappella Palatina’s place within the history of art is unique for it represents the visual amalgamation of three distinct cultures. The chapel combines a Latin basilica plan with a Byzantine central plan where the domed sanctuary and the walls of the nave and aisles are covered with Byzantine mosaics, but the ceilings of the nave and aisles are distinctly Islamic.

Read more about the islamic Ceilings by clicking this document.

Tom's second book is, "A Young American in Iran"

In November 1963, a bright Hawaiian morning is shattered by news of the assassination of the President. This marks the beginning of a journey to a remote Iranian village where a young American Peace Corps Volunteer sets out with rebellious tenacity to do what is right, unaware of America’s loss of innocence—and his own.

From a youthful determination to perpetuate Kennedy’s legacy, to coping with the reality of America’s faults and ambitions, to grappling with unfamiliar customs and languages, to discovering the friendship and love of Iranians, Tom Klobe discovers that being “Tom of Iran” is as fulfilling as being “American Tom."

Peter Adler – India 40 and the Circle of Demons

In 1966 and 1967, when he was twenty-two years old, Peter S. Adler did a two-year stint as a Peace Corps volunteer in a village called Khed halfway between Mumbai and Goa and not far from the Arabian Sea. He and his roommate built schools, killed rats, and helped start poultry businesses. It was a life-changing, coming-of-age journey. But death, sickness, corruption, love, friendship, political fanatics, drugs, thugs, psychosis, and personal palavers with a foul-tempered god, who only he could hear, were part of the story.

Peter has made his book available for free.  Feel free to click the link to download his book here.

My View from the House by the Sea: A Life Transformed by Samoa and the Peace Corps

This true story, set in a small Samoan village at the turn of the twenty-first century, is told lovingly by a former Peace Corps volunteer and will take you there with its vivid imagery and emotional insight. As her poignant memoir unfolds, the author finds herself not only adapting to unfamiliar customs and foods, but also to the post-retirement phase of her life. Amongst her tales of life in Samoa—harrowing bus rides, challenging projects, rewarding relationships, and the joys of living by the sea—she reflects on how the experience changed her and continues to be a vital part of her life today.

The book is available at Smile.Amazon.com.

C. Richard Fassler
Richard Fassler has created a rainbow that beats any pot of gold. Rainbow Kids is a photo essay on the chop suey mix of races evident in the faces of many of Hawaii's children -- Honolulu Star-Bulletin, Dec. 18, 1998

There have been many books published about Hawaii, but only one like this one--and that was in 1945. Rainbow Kids is a celebration of what makes the Islands truly wonderful--it's people, and in particular, it's mixed-race children.

The book is available at Smile.Amazon.com.

I was a Peace Corps Education Volunteer in Moalboal, Cebu. My students and I published a bilingual book, Moalboal Tales for Dreamers.  Being from a town without bookstores and libraries, and having never even seen a children's book before, this book project challenge was my students' "impossible" project that came to life through hard work and people who believed in us around the world.  We printed 1000 copies thanks to a Let Girls Learn grant and private donations.  Leung informally gave the books to schools, families, libraries, students in the Philippines and other countries.  Read more about this amazing effort on https://www.facebook.com/MoalboalTales/.  Also read an article about Robbieana Leung and her book publication efforts in a Midweek Article, Good Neighbor, 09/04/2019.

Harvest of a Quiet Eye 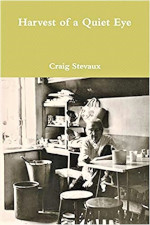 Mr. Stevaux served in Udon, Thailand, which during his service years was the site of an American airbase that served as a launch point for the air war over Laos and North Vietnam. Mr. Stevaux completed a novel set in Udon and hopes that RPCVs who served in Thailand have an opportunity to read his book.

Follow this link at lulu.com to purchase this book.

When David and Asifa said yes to serving with the Peace Corps in Mali, little did they know they were stepping onto a rollercoaster that would test their endurance, their creativity and patience. At age 60 and 57 they found themselves on the shore of the great Sahara Desert, posted to one of the hottest and poorest parts of Africa. She took up the fight against malnutrition, with a campaign to cultivate the nourishing Moringa tree; he worked with a radio station and cybercafé that cultivated values of democracy and religious toleration. They found love in a hopeless place, a place that challenged them to look again at friendship, family, and development with fresh eyes.

The two books above can be purchased at Smile.Amazon.com

101 Arabian Tales: How We All Persevered in Peace Corps Libya by Randolph W. Hobler

101 Arabian Tales:  How We all Persevered in Peace Corps Libya is substantially set apart from the over-1,000 published Peace Corps memoirs because they are individual memoirs and this is a unique collective memoir, garnered from in-depth interviews with 101 fellow Libyan Returned Peace Corps Volunteers. A herculean effort. The story’s spine is Hobler’s own narrative, anchored to and deftly embroidered with hundreds of other anecdotes. Rather than a narrow individual view, this collective sharing provides many rich hues and shades of experiences—hilarious, heartbreaking, insightful, poignant, as well as educational and inspiring. These volunteers were spread out over 900 miles resulting in an omniscient kaleidoscope of experiences, many of which fall under the category of “you can’t make this up! ”It’s an amazingly detailed chronicle of anecdotes, historical perspectives, fun, adventure and hardship. Hobler’s breezy whimsical style is accessible and entertaining, capped off with 220 compelling photographs.“ Randy Hobler has written the best memoir of a Peace Corps experience that I have ever read. His amazingly detailed book instantly grips the reader by putting Libya in its properly rich and unique historical perspective.”

Niels Marquardt, Ambassador to Equatorial Guinea, Cameroon, Madagascar and the Union of the Comoros,  Peace Corps Volunteer—Zaire and Rwanda.

The book is available on Amazon, Lulu and other publishing sites. For more information go to www.101arabiantales.com. 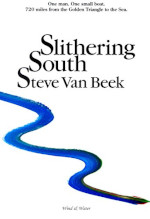 One man, one boat, 720 miles through Thailand, from the Golden Triangle to the Sea. A tiny teak boat set in the Ping River deep in Thailand’s northern borderlands takes the author on a 58-day voyage of discovery through Thailand’s heart. Along the way, he meets Sin the Buffalo Man, the Cowboys of Tha Sala, Jamrat and the “Boom Boom Girl”, and dozens of other intriguing characters. One dark night, poachers prey on him; on another, he is a murder suspect, as he learns far more about rural Thailand—and himself—than he bargained for.